The Golden Moon - a Short Story by Fatima Okhuosami 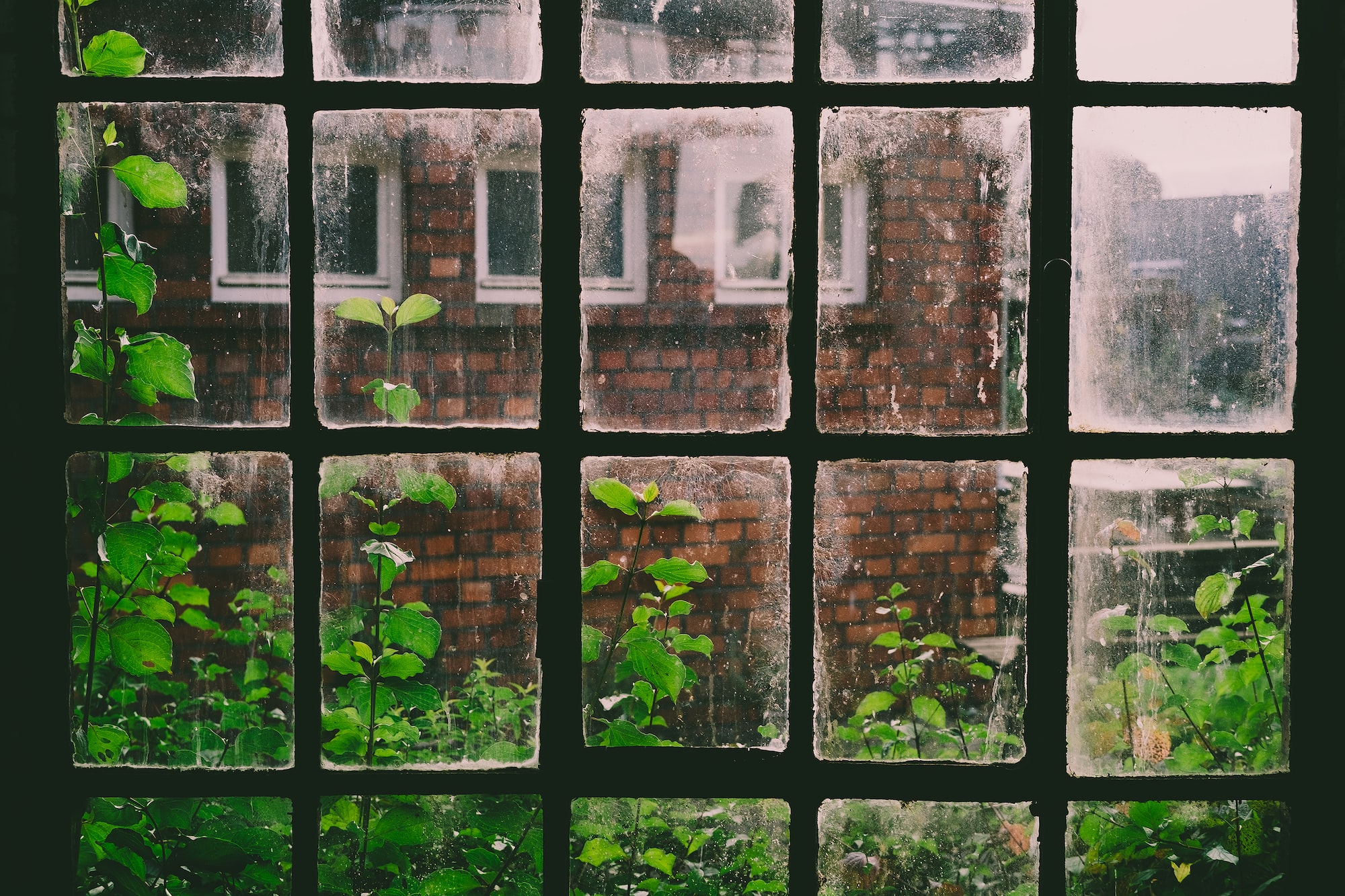 The Golden Moon was a meeting point of the haves and have-nots, a mixture of homeless people and bourgeois residents of the neighborhood. Of this assortment, one man, a bartender who loved books more than beer, stood out, or at least thought he did. People called him Kai, though that was not his given name.

Kai serves drinks at The Golden Moon. From his house, he takes the right side of the road, cuts into a footpath, passes the market and enters an ugly bungalow, stained yellow with dirt. It is impossible to miss. The slight tilt and cracks which course through the building’s walls from top to bottom are a testament to its advanced years. For Kai, arriving late does not matter as paying customers are few in the mornings. Pulling heavy curtains apart, sunlight floods the tiny room saturated with the stench of beer, schnapps and overnight vomit. There’s a portrait of a half-eclipsed moon high up on the wall amongst the dust and cobwebs. Picking up a bucket, he starts cleaning. Aubrey, his wife, places lunch inside a cupboard, beside a worn-out sixteenth century edition of Dante Alighieri’s The Divine Comedy which she gifted him for their second anniversary. She tries to grab the mop, but is unsuccessful. He puts his gloves away, pulls her in an embrace, brushes her dimples and says all serious, in a voice as deep as it is gruff: “My darling. Your love has stamped its seal upon me.” Each day, he has a fresh line for her. She freckles up and hurries home.

The moment he steps into their apartment, he wraps her in muscular arms, covering her slender body with kisses. His sultry, ocean-blue eyes hold her, spell bound. It must be a sin to be this happy, she thinks. They make love after eating. Sometimes it is impossible to keep back long enough, so they push the plates aside and do the deed on the dining table.

A store blocked their route so they pass by the field. Kai’s timepiece whistles every five minutes so Aubrey can take a break. At night when he reckons she is asleep (she has quite the struggle staying awake without his knowledge), he rests an ear on her belly and talks to the baby. He begs it to be a he and to grow fast but not too big while within mummy’s stomach. He asks for preferred names, then offers a list—recent suggestions thrown in with favorites. That’s how she knows her son’s name will be Beda.

Beda is chubby and healthy and pink. Aubrey can’t remember what life was before him. Kai and her don’t hug, kiss or walk any more. He lurks on the sidelines like an unwanted ghost trying to fit in with his family.

On his seventh birthday, Aubrey and Kai throw Beda a grand party. For his gift, he wants a brother. “Girls are the worst,” he screams, screwing up his freckled face.

Ernst, Maria’s boy and his best friend, told him babies come from swollen bellies so once a week, he uses a tape to measure his mother’s tummy. She sips the tea he brings and when he laments: "flat," she pinches his cheeks. He watches her eyes cloud over and is at once sorry, although it never occurs to him to stop this examination. She cradles him while declaring: "Beda, you are the best little man God ever created. He misses you so crazy, He sent five whole angels from heaven to guard you while everyone else makes do with two." He is at that age when he believes her words implicitly and she knows with the coming years, this must change. It sickens her nerves to disappoint him.

The tears flow with unflagging resolve as Aubrey packs Beda’s things. The war has laid claims on him and she fears he will perish but when Maria comes to lament over Ernst, she allows herself some hope. They cry in that peculiar manner common to simple folk, hugging and cursing. It feels like a weight has been lifted off her. "Our forces may crush the enemy before the boys have to do any major fighting," both women agree.

At first, Kai acts tough, giving Beda just a handshake and a pat on the shoulder. "All able men should be proud to serve their country." As the day wears on, his face tells a contrasting story. He finds himself unable to sit still, taking long, purposeless strolls up and down the street. "I love you more than life itself," he confesses at last to his son.

They are walking together again. On grim days Kai’s knees act up, he hitches a ride to work. Patronage is at an all time low. At the strike of noon, Aubrey lights a candle and says prayers for Beda. Towards sundown, Maria visits to exchange latest information from the front and compare correspondence. These discussions agitate Kai so much, he escapes upon sighting the woman.

At night, he jerks up from sleep in a pool of sweat, struggling to breathe. The doctor warns he worries a great deal for his weak heart.

The boy is dead. Aubrey screams as flashes of Beda float through her mind, but Kai’s grip steadies her. Under the sheets, in the way we often wish our misfortunes on others, she cries for answers: "Why did it have to be our boy? Ernst was there with him." He replies in a whisper, failing to mask his hurt: "It’s his destiny, Aub. We’ve got each other. Always and forever." His shoulders are hunched, and the blue in his eyes is speckled. She begs him not to die before her.

Maria tries to comfort the couple with food and company but her kindness is infuriating. Aubrey can’t help hating her. Her son is still alive and well.

Kai retires after working his way up from bartender to manager. Aubrey volunteers as a receptionist in the public library. On work days, he picks up his cane, she puts on giant, gold-rimmed spectacles, and they drag their feet to her office. At the front door, they share a quick kiss. To pass time until she returns, he plays Skat with friends like him who had sons before the war. They reminisce on unfulfilled dreams.

For dinner, she makes dumplings. Kai handles the dishes. They sit on the porch and watch the sunset; her head reclining on his shoulder. It seems in coming to the last phase of their lives, they lived many other forgotten ones. Their fondness for each other is strongest in these moments. Intertwined, is a gnawing fear of one leaving before the other. Beda has become a distant memory. An impression that a long time ago, someone they adored died in the hands of people who now wish to be treated as "victims of the war." Dusk gives way to darkness, taking with it the magic. They turn to the bedroom, seeking opposite sides of the bed. They don’t tell each other "I love you." Love is too weak to describe the emotion that unites them. She lives because he is alive and he stays breathing because of her.

Aubrey lets her thoughts drift back to her wedding day. She in a simple, white dress. Kai in the new, black suit her father paid for after a big fight; two of them impatient to start life together. There is a broad smile on her face and a sensation akin to victory overwhelms her as her eyelids flutter and shut.

Vote for this story by clicking the applause button below. This piece is featured on the CHILLFILTR Review, and top-voted pieces will be included in the yearly best-of collection.

Fatima Okhuosami is a clinical pharmacist, consumer of classical literature and author of fiction. Her works appear online and in-print in several magazines. She is a graduate of the 2019 IWP tour.

Stunning Folk Pop from a Village in Sweden. - Skott: Darling

Jessica Helen Brant a month ago

Krister Axel a month ago

In Support of the Ocean Outlaw Project. - Music by Monty Datta, Trinix, and 7apes

Enigmatic Lo-Fi Grooves from Bristol. - KOKO: All Together Now

Beyond Writer's Block. - I'm Sure Everything Will Be Back to Normal Soon.

Charlotte A Wynn 23 days ago

Steven R. Southard a month ago

In The Pocket - a Poem by Paul Smith

Inspirational Hip Hop from Birmingham. - JusBadd: Above It All (Music Video)